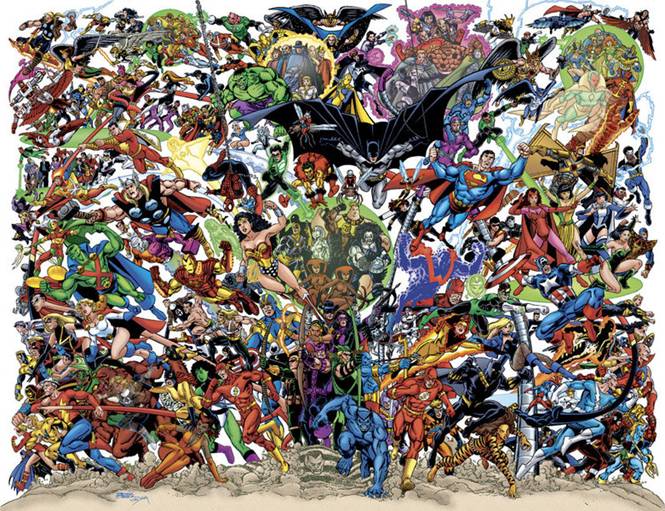 Appearance: Ragnaros is a slim built well toned teenaged boy who tends to run around wearing sandals, an undone button up vest, and shorts when he's not out on a mission. Typically seen with a guitar case that houses his hammer. When on the job he wears a bullet proof sleeveless jacket, as well as shorts with bullet proof pads. He also wears a helmet and shades with this, on top of combat boots and his hammer is either slung through the loops of the back of his jacket, or wielded at all times. He wears clothes exclusively made of fire proof materials.

Background: It's not quite certain when his powers awakened, however they became apparent when he got blindsided by a baseball thrown by the local school asshole jock who happened to dislike his clothing style. The resulting explosion vapourized the ball and scorched a sizable portion of the ground. The blastwave shattering windows and knocking a lot of people down. A police report and a few phone calls later he found himself in Utopia being interviewed and tested. Since then he's developed a parkour style of combat using blasts to move around very quickly and leaving devastating impacts on the droids in the Danger room tests, and currently owes S.H.I.E.L.D. a favour for hooking him up with his hammer after dealing with an interview with them regarding the ferocity of his powers and a talk about avoiding collateral damage when he's on mission out where civilians are.

Personality: Capricious bastard. (Troublemaker, rather unconcerned with other people's feelings unless he's close to them or has an agreement that he feels will benefit him more than if he just went wild as usual.) Has a habit of taunting his foes.

Weapons and Fighting Skill: Trained in several martial arts, as well as street brawling from his high school years. Vibranium hammer designed to channel the explosive impacts his hands would give off when swinging it out of one end of the hammer to either make an explosive impact, or drive the spike at the other end into the target. He primarily uses this within his combat parkour style as well as for finishing blows/removing obstacles.

Instantaneous explosive combustion - When struck or exposed to open air, Ragnaros's body can reach heat levels in extremes within a quarter of a second, causing him to combust violently. He's developed a subconsciously maintained, very thin psychokinetic barrier that prevents him from being a constant walking inferno of devastating proportions with regards to the latter, and he can make non-violent contact with people and wear clothes thanks to it as well. Being struck with force causes the barrier to break and cause an explosive reaction at the point of impact. If he maintains focus he can selectively break the barrier either partially or wholly to use offensively.

Fire immunity - While he's immune to all sources of heat inside and out, he's still seen complaining about being warm after dealing with a large amount of fire simply explaining that when you're not on fire all the time you don't get used to it anymore, like people moving closer to the equator feel the heat more.

Mentor: (I may need some help here with this one Jack, I got nothing for that lol)

RP Sample: Will post later, needs a bit of fine tuning, just wanted the majority of this posted before chrome crashes on me AGAIN.